As you all know Nepal is one of the best Tourism Destination to visit as you find many of Flora and Fauna within. At 5th of November 2020 i started my Journey early in the morning around 7 am  from Kathmandu to Dhorpatan Hunting Reserve. I was heading towards Butwal for the day which was around 272 kilometers distance from Kathmandu. I reached Butwal City around 3 pm in the afternoon. For the day i stayed at Siddhartha Cottage Restaurant, Butwal. I had my lunch in between my ride in Daune Dada with Local chicken, Rice, vegies, Lentils, Ghee and Pickle which was one of the best meal i ever had. I checked-In in the Hotel and took a shower and went to explore butwal city in the evening. Butwal was one of the charming and happening place with a local food in the street. The market was busy and the street were full of local food. I suggest you to taste Local food such as- Fulki, Dahi Wada, Sekuwa, Lassi in the street of Trafic Chowk. In the Late Evening, I returned to Hotel and had a lite veg local dinner and went off to the bed.

Next day, In the morning after my Breakfast i checked-out and started my day 2 of the highways. The road to Hills. I started my Journey towards North from Butwal off to Palpa. i request you to ride Bike with all the safety precaution and gears. Palpa was one of the famous Historical Place. It was one of the petty kingdom in the confederation of 24 states know as Chaubisi Raja. Palpa Become part of the Kingdom as Bhimsen Thapa Order to behead Pritivipal Sena of Palpa.

I reached Palpa around 10 am which was about 2 hours bike ride from Butwal exploring different place and tasting different local food in between. I prefer you to taste Chukaouni and Batuk in Kerabari. Palpa was one the beautiful Valley with greenary top up the hills. The Geography of Palpa was Upper Tropical and was 3300 Ft above sea level. Palpa was also famous for making Khukuri and Dhaka Topi. These two things are pretty much famous in Nepal. Likewise, i went to Nanglo West for the lunch. The food was average. After an hour, i started my journey off to Gulmi. Never forget to visit Rani Mahal in Palpa.

As i started my journey i had a chance to explore different places in between. I reached Ridi (Gulmi) in an hour. i had to reach Baglung for the stay so had to pass Gulmi within afternoon. I passed different place of Gulmi- Ridi, Khaireni, Anpchaur, Wami Taksar. The road were narrow and dusty so it took a time to reach my destination to Burtibang. Butibang was the origin of my tour of to Dhorptan Hunting Reserve was going to strat at Day 3. I stayed at the Lodge in Burtibang, Baglung.

Next day, I started my journey towards Dhorpatan Hunting Reserve. The ride was going to be difficult. The road were narrow and there was no any proper facilities except Homestay. In the morning i had my bike ready. I had to fuel up the tank and had to give lite touch up to start my ride. I began my journey around 9 am in the morning. The journey full of adventure. The road was upside down. I had to ride upto the hills. it took me whole day exploring place in between to reach my destination. But you can reach within 6 hours of ride. I stayed at Home where only two old age people used to live. They had a great hospitality for the guest and i had my dinner around 8 pm. Also as the place is remote, there were no proper facilities of electricity except solar energy. I suggest you to carry your Battery Back up if you are planing to visit Dhorpatan Hunting Reserve.

Dhorpatan Hunting Reserve is one and only hunting reserve in Nepal. It cover an area of 1325 square kilometer and is located at the western part of Nepal covering the places Rukum, Myagdi and Baglung District at Dhaulagiri Himal Range.  The place is Full of Flora and Fauna which consist 58 vascular plants including 36 endemic species and 18 mammals and two reptiles species including Snow Leopard, Musk Deer, Red Panda and Blue sheeps. The place is full of Birds species which includes Koklass Pheasant, Cheer Pheasant and Impeyan Pheasant.

The place is about 3000 meter to more that 8000 meter higher in altitude covered with snow. It is located at Dhaulagiri Range and the place is locally know as Patans where there are many Bluesheep and other Herbivores.

The climate of the place is unpredictable but Monsoon fasts until the beginning of October. The temperature are very low and windy during winter covered with clouds in the morning but gets clear by the winds at day time. There is snow coverred everywhere untill it is April.

The Visa can be issued at the Arrival at Tribhuvan International Airport. If you are planning to come from India, we can also issue Visa at the Boarder entry points at Kakadvitta, Birjung, Bhairahawa, Nepaljung, Gaddachowki. Visa can be obtained at nearest Nepal Embassyy and Department of Immigration, Kalikasthan, Kathmandu. A valid passport and one passport size photo is required. The currency used during the payments (cash) are Euro, Swiss Franc, Pound Sterling, US Dollar, Australain Dollar, Canadian Dollar, Hong Kong Dollar, Singapore Dollar and Japanese Yen, Nepalese Currency and Indian Currency, 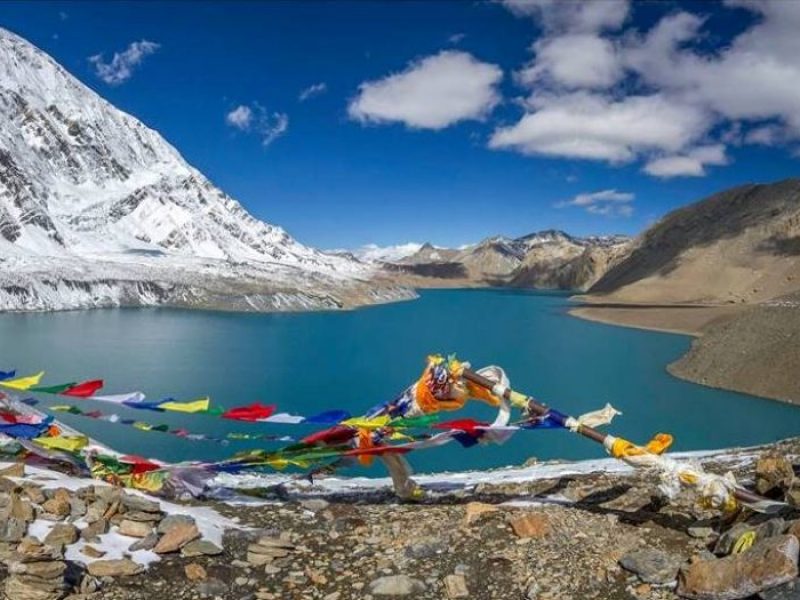 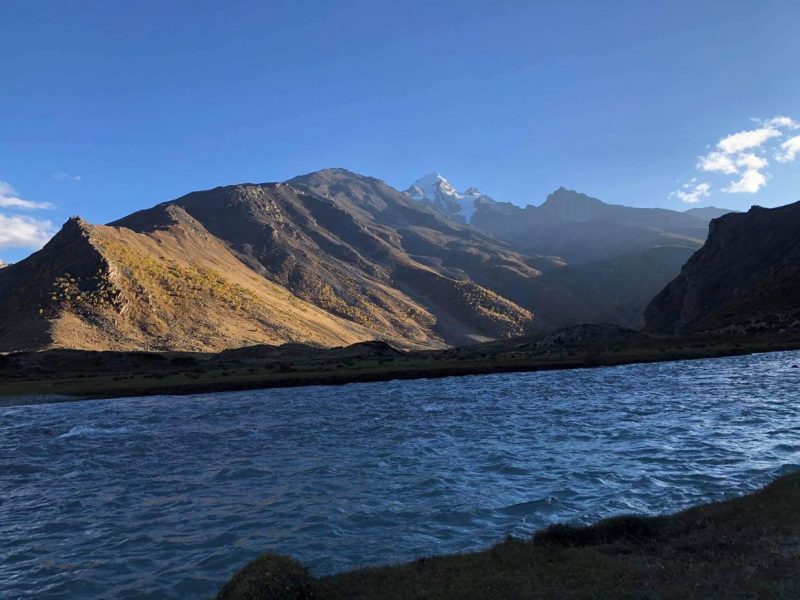 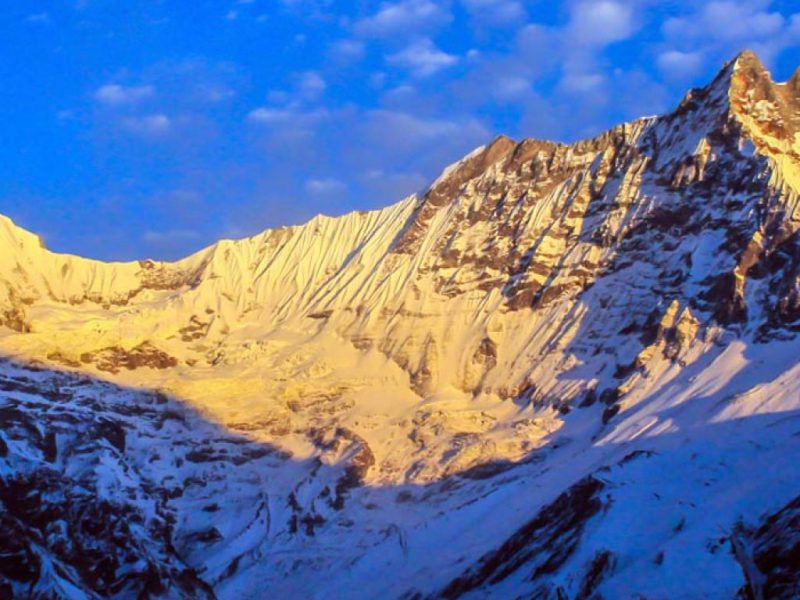 Annapurna Base Camp trek for Nepali 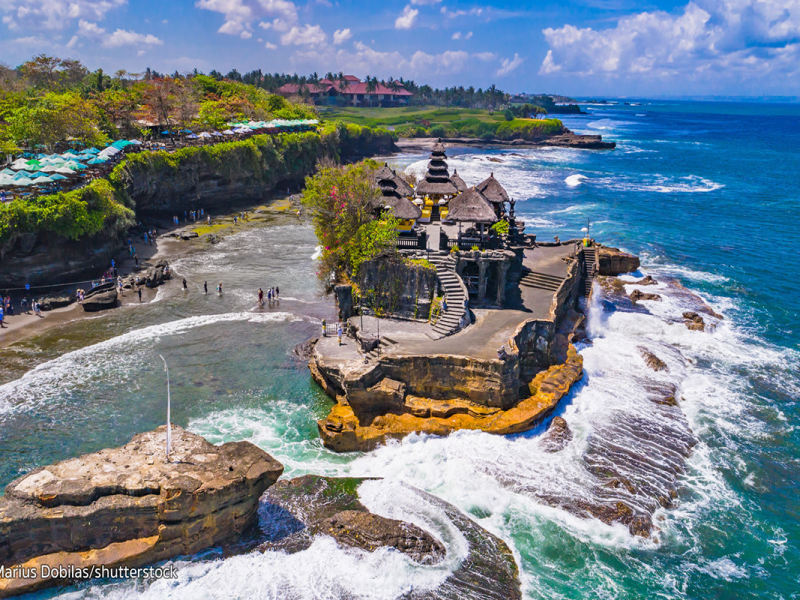